Apple stops selling iPhone SE, 6, 6 Plus, 6s Plus in India 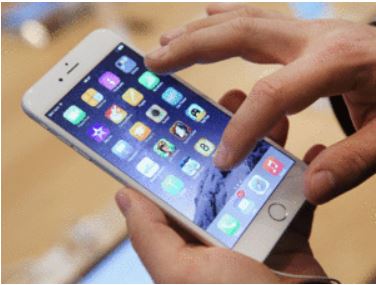 Apple stops selling iPhone SE, 6, 6 Plus, 6s Plus in India

Apple has stopped selling the âlower pricedâ smartphones iPhone SE, 6, 6 Plus and 6s Plus in India.

Apple has taken four of its âlower pricedâ smartphones off the shelves in India, making it more expensive to buy an entry-level iPhone.
As part of its new strategy to focus on driving value in India instead of chasing volumes, Apple has stopped selling the iPhone SE, 6, 6Plus and 6sPlus, three senior industry executives said. This will increase the entry level price of an iPhone in India by almost Rs 8,000.
The executives said supplies of these models stopped last month. Appleâs distributors and sales team have informed traders that the new entry model will be the iPhone 6s, as and when the existing stock of the earlier models gets sold.
The iPhone 6s currently sells for about Rs 29,500, while the iPhone SE, the earlier entry model, used to sell for Rs 21,000-22,000.
The four models are out of stock on Amazon India, while on Flipkart, the iPhone SE and 6Plus are out of stock and not all variants of the other two models are available. All four models continue to be listed as available in the US, according to Appleâs website.
The decision was taken after Apple improved its revenue and profit in India in 2018-19, even though iPhone sales volumes took a hit, with the focus more on pushing the latest and higher-priced models. An industry executive said Apple Indiaâs sales in the April-June quarter had gone up after it undertook apromotion to drop iPhone XR prices. Apple is yet to file its India financials for FY19 with the Registrar of Companies. In FY18, Apple Indiaâs revenue increased 12% to Rs 13,097 crore while net profit more than doubled to Rs 896 crore, as per RoC disclosures. Cupertino, California-based Apple reduced the number of distributors in India to two from five last year and decided to rein in arbitrary discounts to reinforce the brandâs premium. Apple used to assemble the iPhone SE in India along with the 6s and 7. The idle capacity may now be used to expand production of other models, one executive said. Another executive said Apple has certainly not given up on the potential of the Indian market and will continue to roll out affordability programmes like buy-back and cashback offers. The company will localise its upcoming iPhone operating system iOS 13 for the first time for Indian consumers, with support for 22 Indian languages, maps for navigation and virtual assistant Siri, which can now talk and understand Indian English.These initiatives highlight how Apple still considers India an important market for business. Just that the priority has changed from just selling a box to improving overall-sales experience, brand positioning and financials,â he said.


Category: Mobile,
Was this article helpful? Yes No
Thanks for your feedback!