How to display computer image on a TV or projector 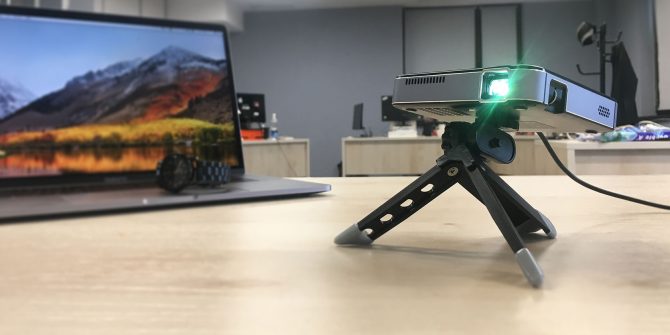 How to display computer image on a TV or projector

All modern televisions and projectors have one or more ports that allows them to receive and display an image generated by a computer. Both desktop and laptop computers are capable of connecting to a TV or projector, provided that they have the appropriate cables. The following sections contain instructions for using your TV or projector as a computer monitor. For best results, we recommend reading them in order.

Tip: You can also use a Google Chromecast to stream information from your computer, smartphone, or tablet to your TV.

The first step in connecting your computer to a TV or projector is finding an identical port on both machines. Once the matching port has been identified (one that is the same on both your input device and output device), you need the appropriate cable to connect them. This section contains a picture of the back of an Epson projector and its available connection ports; as well as descriptions of each.

Tip: You only need to use one of the following cables.

The HDMI connection is currently the most common connection. Nearly all modern televisions and projectors feature HDMI ports. Most laptop computers support HDMI and it is becoming more prevalent on desktop computers as well, even those without a high-end video card. HDMI is has become the standard for all electronic equipment for its high-quality signal and ability to carry both audio and video signals. The image to the right is an example of an HDMI cable.

The VGA connection used to be the most common on both desktop and laptop computers; it can also be found on many projectors. The VGA cable has a 15-pin connector on each end that plugs into a VGA port on each device. Because most televisions do not support VGA, we recommend using HDMI for their wider range of compatibility.

Note: VGA cabling is universal for devices that support it. For example, if your desktop monitor uses a removable VGA cable, that same cable can be used by a laptop to connect it to a projector.

Note: If you are using an Apple desktop or laptop computer, you need a VGA adapter to connect a VGA cable to the computer.

The DVI connection is newer than VGA and it offers a sharper image. Although the DVI port is not shown on the image of the Epson projector above, it is still somewhat common on projectors, but is not used on TVs. It is only found on desktop computers for use with monitors. Consequently, projectors with DVI inputs may only utilize a desktop computer. As such, we recommend using HDMI cables if they are available.

Tip: There are special cables that convert from DVI to VGA or DVI to HDMI and vice versa.

The composite video and S-Video connections used to be quite common on TVs and projectors. However, it is nearly non-existent on modern electronics. This composite connection is the yellow female cable on what is normally a three-cable bundle consisting of red, white, and yellow cables. The only time you should see this setup is on very video cards for desktop computers.

Although all computers have the ports, USB cannot be used to connect a computer or laptop to a projector or TV unless it is a USB-C. This technology is very new and is not likely to be found on projectors or TVs. You're much better off using one of the connections above.

Display on a desktop computer

For a desktop, plug the cable into the computer and output device. If you don't see an image, you may need to change the display using the following steps.

Display on a laptop computer

We have an entire page devoted to showing users how to connect a TV or a projector to a laptop. For further instructions, check out the link below.

Category: Projector, Request, Hardware, Need to connect projector,
Was this article helpful? Yes No
Thanks for your feedback!