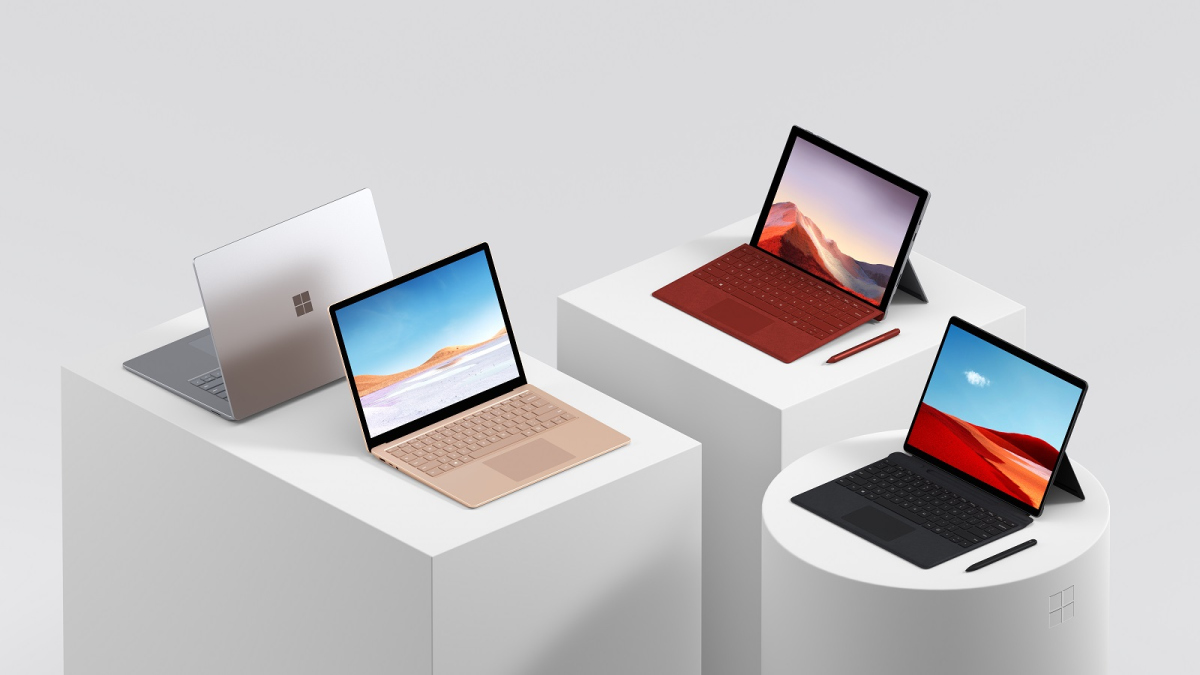 Microsoftâs 2019 Surface event has come to a close, and we now have a detailed look of everything the tech giant has in the pipeline in terms of hardware for the upcoming holiday season.

Hereâs a quick recap of everything Microsoft announced in New York during the Surface Event.

Microsoft has unveiled a refreshed Surface Laptop line-up with support for USB-C and for the first time in a Surface-branded device - an AMD (Ryzen 7) processor. Additionally, the third incarnation of the device now comes in a larger 15-inch version, as well as the smaller 13.5-inch version with Intel 10th generation processors.

The newest device in the whole family was the all-new Surface Pro X. The Surface Pro X looks similar to the Surface Pro 7, but itâs a completely different beast. The Pro X has a larger 13-inch display, compared to the 12.3-inches on the Pro 7 and itâs around 3mm thinner. It also has a removable solid-state drive that can be swapped in and out.

The Pro X also has a custom-designed, ARM-based Microsoft SQ1 chip that was designed in conjunction with Qualcomm. The Surface Pro X starts at $999 and will ship in November.

The Surface Neo is a dual-screen PC powered by a new customized operating system called Windows 10X. The device sports a 360-degree hinge, though itâs worth noting here that there is a physical keyboard that folds over one of the screens.

The Surface Neo wonât be available until 2020, and there is no word on pricing yet.

Microsoft announced the new Surface Duo, an Android phone that folds right down the middle. With dual 5.6-inch displays, Microsoft has worked in tandem with Google toward optimizing apps for the form-factor. The device will be available for retail in 2020.

Microsoft debuted a new set of wireless Surface Earbuds that support voice commands and works with all the major virtual assistants: Cortana, Alexa, Siri, Bixby, and Google Assistant. They can also translate speech in real time into around 60 languages.

Note: All prices are in US Dollars. The Indian pricing has not been confirmed yet.

Stay tuned to ePrompto for the latest news and technological advancements.

Category: Laptop,
Was this article helpful? Yes No
Thanks for your feedback!